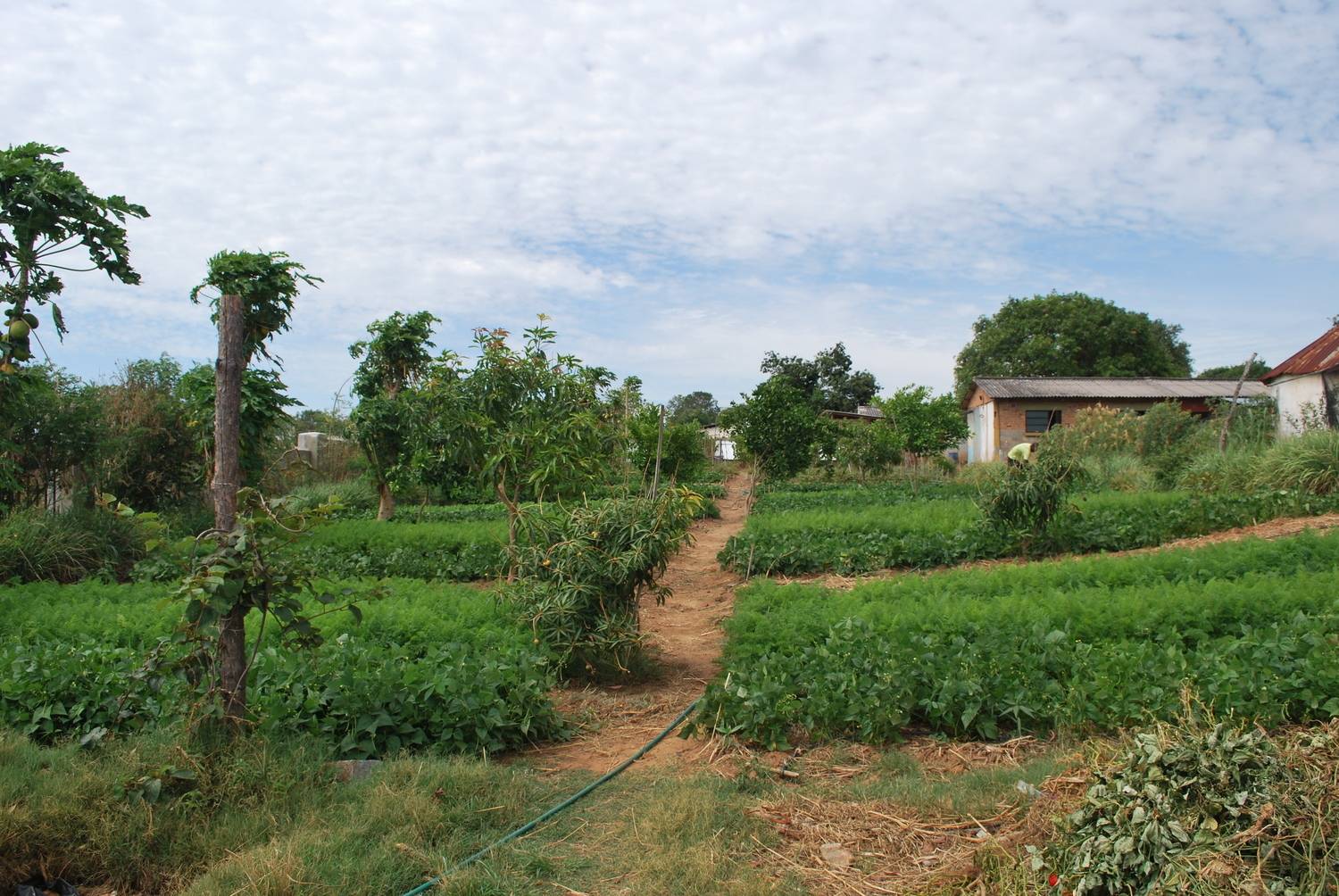 The Kamutamba Guesthouse is situated on about 20 acres of land owned by the hospital. This gently rolling land, bordering a river which has water throughout the year, is very fertile and ideal for growing crops. Farming is of course not part of the core business of a hospital. Nevertheless, the hospital has expressed a desire to cultivate the land, in order for it to also contribute economically to the hospital. At the same time, the Kamutamba project, since its inception, has also planned to start up a farm on this promising land. Currently, however, the project lacks both the staff and the funding to do so. As a result the land has not been cultivated. Together, the hospital and the Kamutamba project are looking into ways to manage the land profitably.

As a starting point, , an animal and agricultural pilot project has been set up within the compound of the Guesthouse. A large vegetable garden has been cultivated, an orchard has been planted and a small-scale chicken farm has been created. Fruits and vegetables are grown fully biologically. Irrigation, utilizing the nearby river and a water tower, ensures that the agricultural project has water throughout the year, including the dry season. 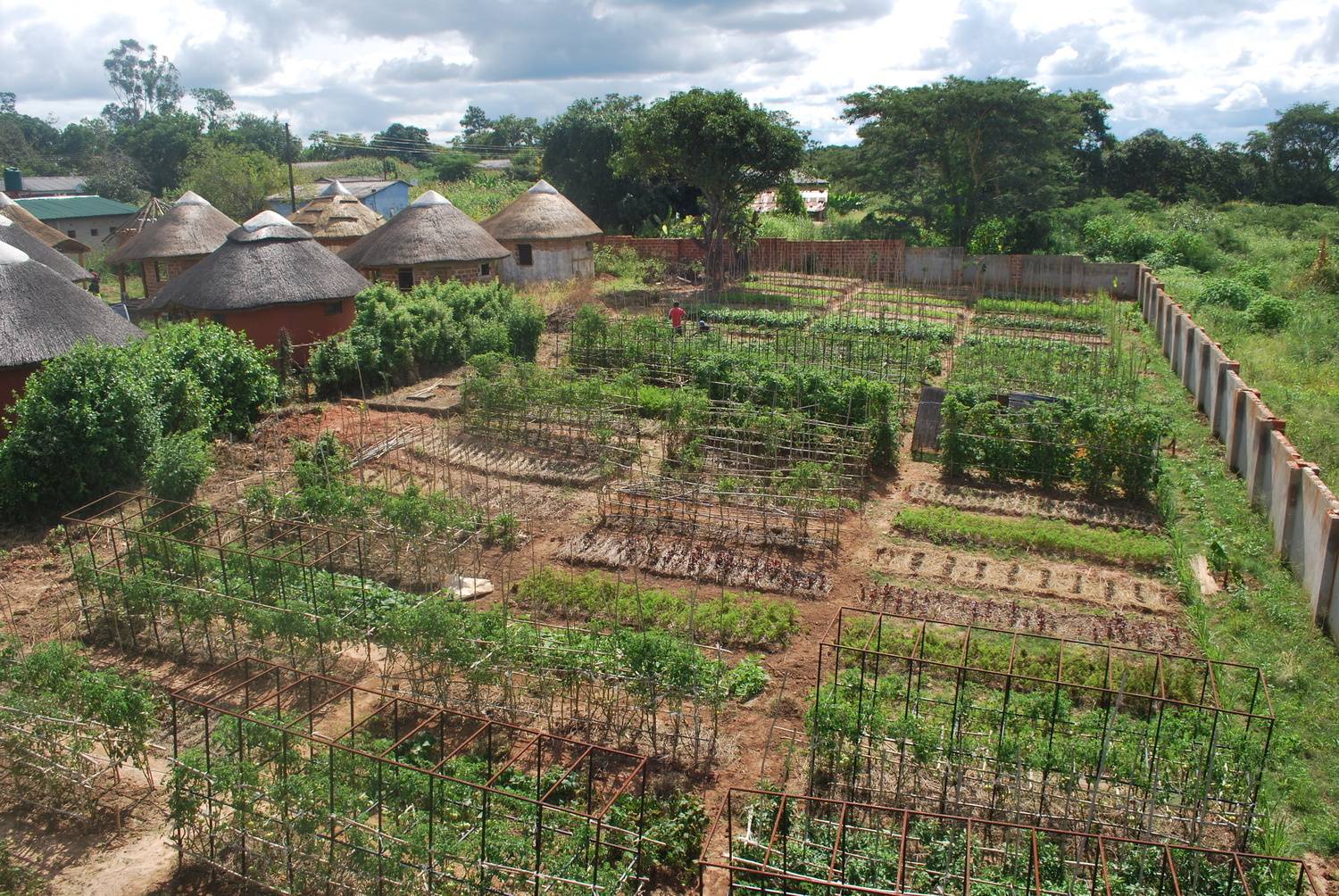 The produce of the vegetable garden includes egg plants, peppers, tomatoes, beans, carrots, lettuce, onion and beetroot. These vegetables are sold in town or at the Kamutamba kiosk. Experiments are being done to grow additional vegetables and herbs and engage in larger scale agriculture. A green house has been built to cultivate seedlings. Papaya, mango, avocado, guava, banana and several kinds of citrus fruits are being grown in the orchard.

The chicken farm will hold 500 laying hens and 300 broiler chickens. The facilities which are being built for these chicken will ensure biologically sound produce. Both the eggs and the chickens are sold on the local market as well as in the Kamutamba Kiosk. At a later stage the Kamutamba Farm will look into rearing other animals such as rabbits, pigs, goats and fish. 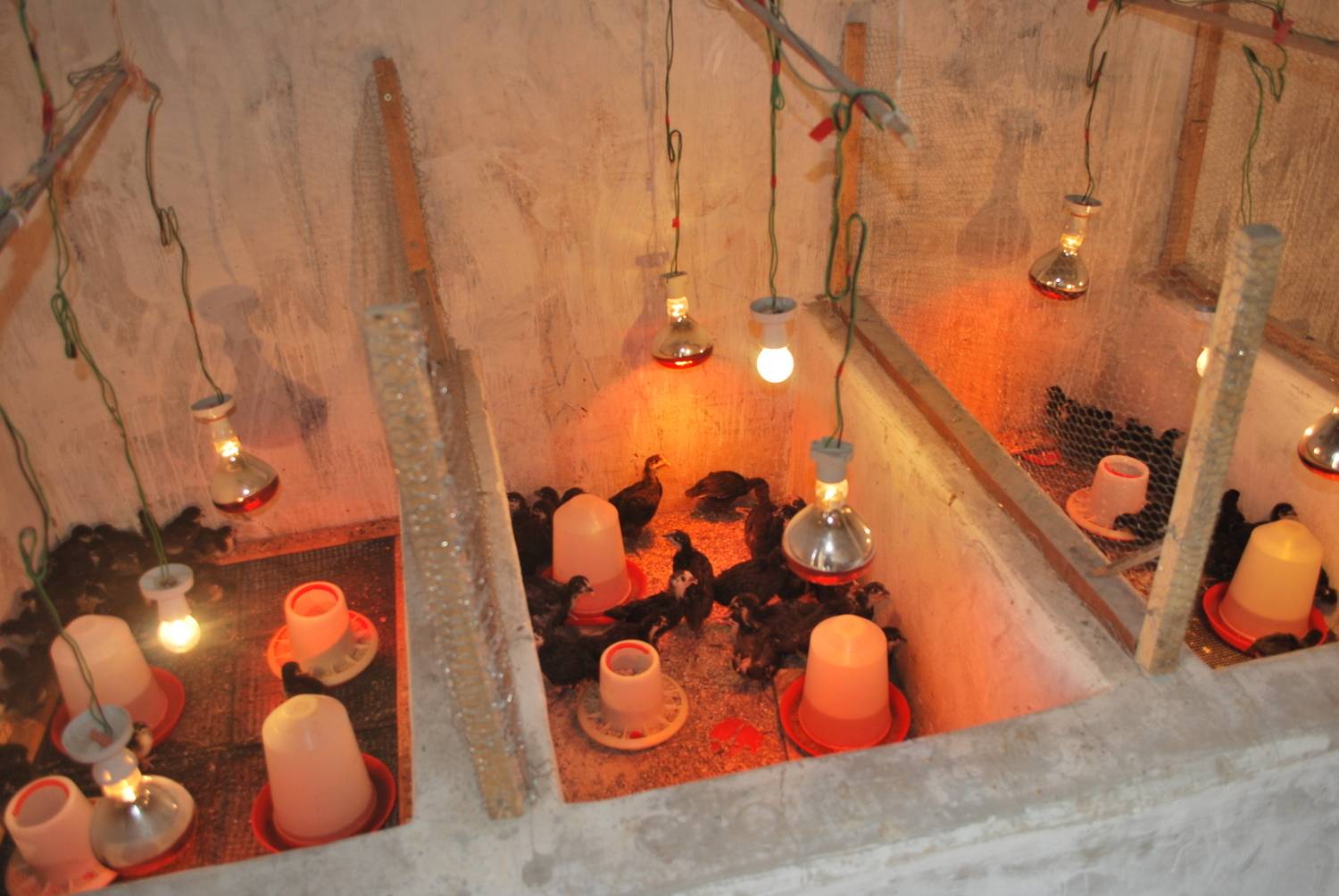 In the near future the Kamutamba project hopes to expand the animal and agricultural pilot project into a large scale socio-economic agricultural project. To this end several experiments are being set up. In addition to generating income for the hospital this project should contribute to the sustainable economic development of the local community.